Even though former NFL star Spencer Paysinger’s high school experience is the inspiration for the CW series, “All American”, his true story of transforming his dreams into reality is so much more than football.

Throughout his career, Paysinger used his hobby of writing to calm his nerves and decompress his body from the rigorous challenges of playing in the NFL.  This ritual eventually lead to the opportunity of conveying his life experiences into the All American series which ironically allowed him to fulfill another life purpose of retiring from football before his 30th birthday.

Not only is Paysinger an athlete, producer, and talented writer, he is an artist!

Images of his artwork from high school can be seen on character, “Spencer James” bedroom walls on the popular CW series.  More importantly, Spencer Paysinger is a modern-day “Renaissance Man” which demonstrates that the people of South-Central Los Angeles are talented and diverse and far exceed the negative stereotypes sometimes portrayed in the media.

Tune in as Spencer shares his dreams, desires, and wonderful manifestations

Inside My Head – What is Currency?

Inside My Head – Mother EarthQuake 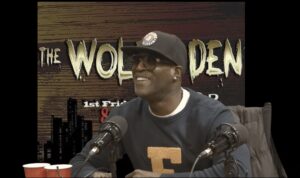